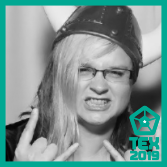 Liz blames her brother for all of this. An avid gamer for thirty years, Liz has worked on over 90 different roleplaying game products, helped organize the first unofficial PaizoCon, started and headed the Wayfinder fanzine for its first four issues, went on to work for Paizo (publisher of the Pathfinder Roleplaying Game), and is now a mostly organic, free range freelancer, designing books and illustrating for numerous publishers. Liz also likes art, baking, coffee, and all things ninja, but not always in that order. She is not a werewolf. 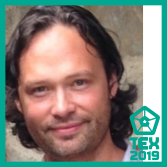 Three years ago, Brett Barkley and his family left the East, exchanging four seasons, rolling hills and masses of foliage for the big skies, palm trees and tropical weather of Texas. In that short time, they moved from Dallas to San Antonio and finally Houston, thoroughly enjoying the distinct personalities of each city. Brett's artistic interests were sparked at age four when he became so immersed in the worlds and stories of the comics he read that he would "help" the Spider-Man artists by drawing webbing over every person or thing that could threaten his boyhood hero--Brett's first steps toward drawing comics.

He diligently honed his skills through college and beyond, initially breaking in to the comic book industry and soon after finding a place in the table top gaming industry. What initially attracted him to the gaming industry were the same concepts that have held his excitement ever since: the act of world building and breathing life in to a myriad of characters and scenarios. Working with teams of writers and creators with varying interests makes each project unique, fresh, and ripe with endless possibility. And no matter the setting or the characters within, it is always his aim to inspire in readers that same immersion he found as a boy. He is grateful to find his love for art has been inherited by his children, providing him with a pool of up-and-coming pencilers, inkers and colorists, all eager to assist on projects (a personal dream of Brett's to work alongside his kids. Also, he believes their assistance would finally allow him to sleep at night again.) 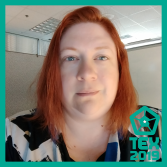 By day, Jennifer is a mild-mannered GIS analyst and Pythonista. By night, she's an avid gamer and game writer. Jennifer has been a tabletop gamer for 25 years and a video gamer for significantly longer than that. Most recently, she has contributed to the Conan, John Carter of Mars, and Star Trek RPGs for Modiphius. 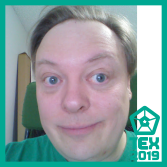 Mark Carroll (7th Sea, World's Largest Dungeon, Mutants and Masterminds, CAIRN, Conan: Adventures in an Age Undreamed Of, John Carter, Dark Conspiracy) is an Origins award-nominated freelance writer and designer living in Austin, Texas. Being taught to game by a roving band of ex-convicts playing Pacesetter's CHILL horror RPG has forever dominated his path. He lives with his wife and three cats, none of whom are surely plotting against him. His players might be, though. 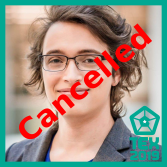 Brenda Cass is a software developer, data scientist, and game developer; has a master’s degree in Information Technology and Data Science; and has been part of General Electric’s prestigious Information Technology Leadership Program. She is a co-owner of Skirmisher Publishing, responsible for the company's technical capabilities, a co-author of the Swords of Kos Fantasy Campaign Setting, and currently in development with the Swords of Infinity universal role-playing game system. She runs d-Infinity Online game magazine and the “d-Infinity Live!” channel on Twitch. 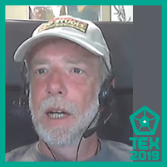 Matt Finch is generally credited as the inventor of the "retro-clone" method of reproducing early-edition rules directly using the Open Game License. He is the author of a host of RPG books, including The Tome of Adventure Design (Frog God Games), Pod Caverns of the Sinister Shroom (Expeditious Retreat Press), The Borderland Provinces (Necromancer Games and Frog God Games), Swords & Wizardry, OSRIC (as the initial author), Spire of Iron and Crystal, the Quick Primer for Old School Gaming, Demonspore, Rogues in Remballo, Tomb of the Iron God, and Grimmsgate. Matt has also contributed to Rappan Athuk (Frog God Games and Necromancer Games), Quests of Doom, Fifth Edition Foes, written numerous articles for Knockspell Magazine, and edited several published products such as Razor Coast, Fane of the Fallen, and The Northlands Saga. 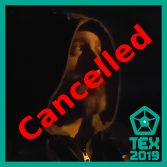 Prior to working in game design, Chris Harris worked in bookstores, the oilfield, a homeless shelter, and several group homes for adults with serious mental illnesses. He very nearly became a crime scene investigator in Arizona before deciding to try making a living in games, coincidentally sparing himself a pair of math courses he wasn't thrilled about.

Over the past decade, Chris has worked on some of the biggest Pathfinder and 5E-compatible books out there. His design work at Kobold Press on titles such as the Midgard Worldbook, Creature Codex, and the Tome of Beasts has earned him nominations for several Ennie and Origins Awards.

For the past two years, Chris has been making the transition from design work to editing, where he says his passion for criticizing others can be put to better use. He lives in Austin, Texas, where he is roommates with a very serious dog. 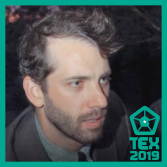 Calvin Johns is the organizer and lead designer of Anthropos Games, a design co-op in Austin, Texas. They butter their bread with two tabletop RPG lines, Early Dark and Fantaji, but also design live-action game experiences, most recently for new physicians at St. David’s Hospital. Calvin holds a PhD in Anthropology from the University of Texas at Austin, where he studied alternate reality games and emergent cultures. Deep down inside, he wishes JRPGs didn’t give him FOMO. 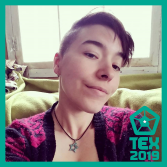 Amanda Kahl is the creator of the bestselling Age of Night series of graphic novels, a freelance illustrator in the tabletop gaming industry, and a contributor to multiple Skirmisher Publishing titles. She also peddles nerdy T-shirts and plays RPGs on several webshows and podcasts, to include the d-Infinity weekly live-play game. She lives in the woods of Maine with her family and enjoys gaming, gardening, and adventuring outdoors. 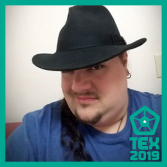 Dann Kriss (Tavern Masters, Cthulhu:TGOO Deluxe, Arkham Nights, Sixpence Bakery) has been creating games and developing worlds since he was a teen. Since 2013, he has designed and published games through his company Dann Kriss Games, where he continues to develop new games and IPs for both casual and hardcore gamers alike with his wife (Crystal) and son (Viktor).

Recently Dann has been focused on more fully developing his high-fantasy setting, the "World of Destiny", where many of his games take place, and where he has been drawing in other artists to help create a more multi-media immersion of his world through novels, scripts, soundtracks, cookbooks, and other experiences for every possible sense.

Always an entertainer, Dann has also released music under various band names (Chaoticum, Kokopelli, Future Dreams), creates the occasional art piece, writes poetry, and enjoys a bit of film acting (you can even find him listed on IMDB). He also is known for working cheesy puns into anywhere he can fit them, and loves to make people laugh. His hobbies include ancient coin collecting, art collecting, cooking, obviously gaming, and he is an avid film buff. 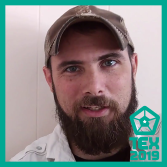 James, who does business as Jeshields, has been a freelance artist for the roleplaying game industry for almost 7 years. He is a family man, Marine Corps veteran, and preacher. James has been commissioned by numerous independent companies including Barrel Rider Games, Blackfall Press, Dread Unicorn Games, EN World, Kalos Comics, New Comet Games, The Polyhedral Knights, Rogue Comet, The Wrecking Crew, and many others. In addition to direct commissions, his stock illustrations appear in many roleplaying products. 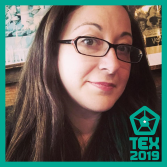 Owner of GeekLife, a play space+game+toy store in Houston, Tx, Angel Viator Smith also offers inclusivity & diversity and team building workshops and is a freelance writer specializing in narrative world building and game design. She takes insight gained from almost two decades of working collaboratively to tell communal stories through performance and writing and turns theory into practice by applying it to building diverse communities of varying types from civic organizations to gaming groups. 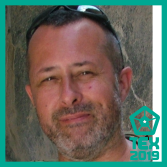 Michael O. Varhola is the founder of game company Skirmisher Publishing, LLC and editor-in-chief of d-Infinity Online game magazine. He is a writer who has authored or co-authored 34 books and games — including the swords-and-sorcery novel Swords of Kos: Necropolis, two fantasy writers guides, and Ghosthunting San Antonio, Austin, & Texas Hill Country — and who has published more than 200 games and related titles. He has edited, published, or written for numerous publications, including The New York Times, is a combat veteran who served eight years in the U.S. Army, and lives in the Hill Country north of San Antonio, Texas. He also has an active online presence, notably through Facebook, Twitter, and a variety of other blogs, forums, and sites.