You are able to process your own refunds until 12/12/2017. After that time, you will need to request a refund by e-mailing help@truedungeon.com and include your order number and what item(s) you want to refund. If you have multiple items on an order, please be specific as to what item(s) on that order you want to refund. You MUST include a phone number with your refund request so that we can contact you if we have any questions!!

Once we are onsite at PAX South, you will be able to have refunds processed at the TD event site. We will process refunds up to 30 minutes before an event start time. So, if you have an 11:00 am Friday TD ticket, you can get a refund until 10:30 am Friday. 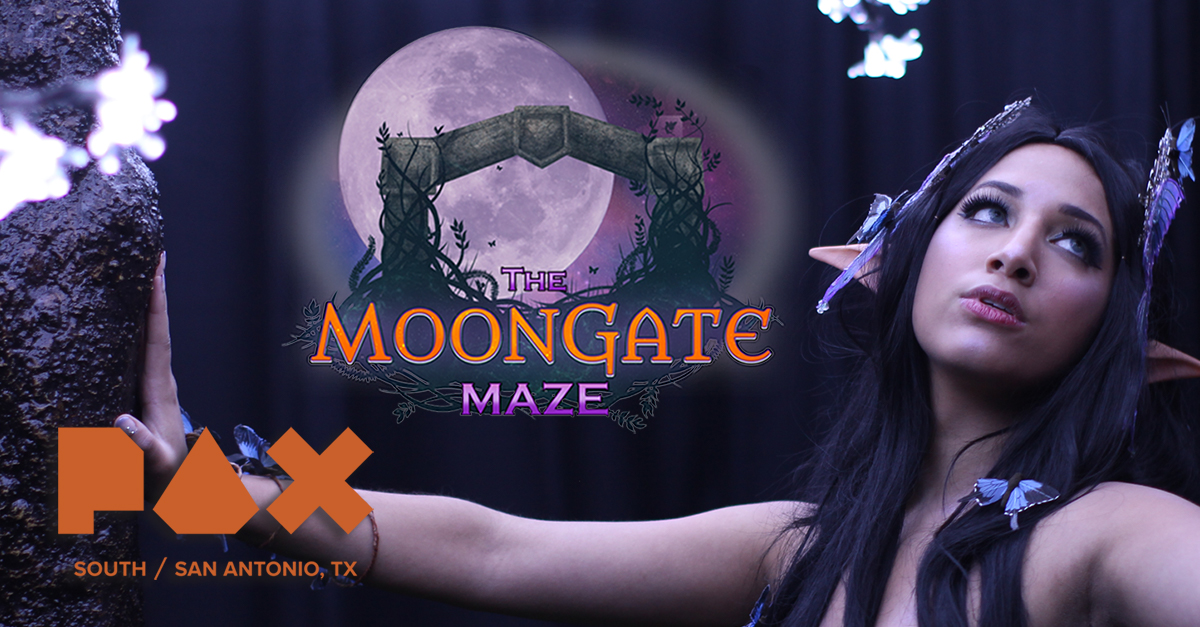 True Dungeon is a two-hour, live-action Dungeons and Dragons adventure with immersive sets, costumed NPC's, and animatronic monsters. This year we are working with best-selling author Patrick Rothfus ("The Name of the Wind") to present our immersive adventures in his literary world.

The tickets for our two-hour immersive adventures are $38 each, and that price includes a free 10-pack of Treasure Tokens, a limited-edition Participation Token, and three draws from a Random Treasure Token Generator at the end of your adventure. If your character survives the challenge, you will also receive a Survivor button to wear and display your achievement.

True Dungeon is thrilled to be bringing our live-action adventures to PAX South, where we will be presenting "The Moongate Maze" event in both a puzzle-oriented and combat-oriented version.

IMPORTANT NOTE: The puzzle-oriented version of "The Moongate Maze" has five puzzle and two combat oriented rooms, while the combat-oriented version has three puzzle and four combat oriented rooms. Both versions are great fun, and the monsters encountered are straight from Pat's world. Some have yet to appear in his works, but others might appear soon.

One person will be able to buy all 10 tickets in a time slot if desired. Thus, one person could buy all the needed tickets for herself and friends. However, once at PAX South, all players must have a free TD badge as well as a PAX South badge to play. Both adventure versions will include a new room (substituted for a room from Gen Con) that was not seen at Gen Con in 2017.

We are happy to announce that two dollars will be donated to the Worldbuilders charity for every ticket sold at PAX South.

NOTE: To ensure our True Dungeon volunteers have an opportunity to go on an adventure, we have set aside a limited number of adventure events just for them. The times are shown below. On Dec. 29th this restriction will be lifted and these tickets can be bought by anyone. 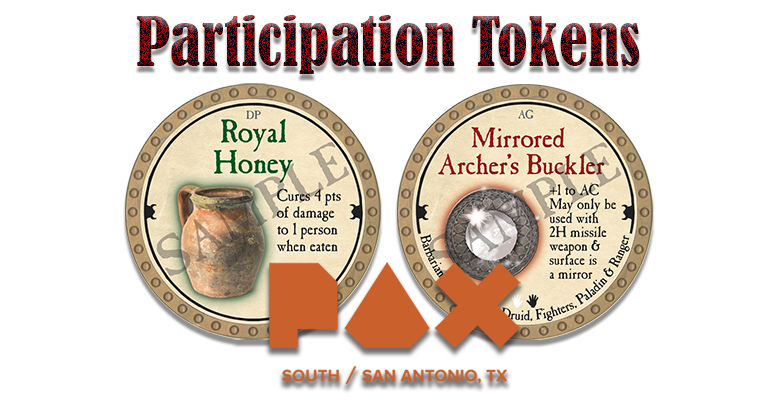 Note about Participation Tokens: The above tokens will be available in limited quantities at PAX South. If we run out of these tokens, other limited-edition tokens will be substituted for them.

The Name of the Wind Tie-In

We are very excited to be working with best-selling author Patrick Rothfuss (The Name of the Wind) at PAX South to present an adventure based in his literary world. "The Moongate Maze" takes place inside the Fae where you will meet a popular character from Pat's world -- as well as some monsters that have yet to make it into his published works.

Check out this new video that highlights the fun we are bringing to PAX South.