Featuring the best of both cons in one hotel for one price all weekend!

Gaming on Your Schedule

As always, we are a one price, all inclusive gaming convention. That means no seat fees or other hidden fees, buy your badge and then play as much as you want!

And though there will be a lot of scheduled events, our convention also focuses on open gaming. Therefore you are welcome to ask to join any game that isn't full and start any game as long as there is an available table. There will be signs that you can use when looking for more gamers to join a game you are setting up.

Buy your badge now before prices go up!

We are pleased to have two confirmed gaming guests attending this year! 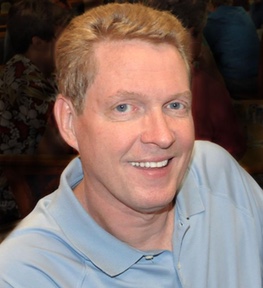 Richard Launius retired from AT&T in 2009 and began dedicating his time fully to designing games. Richard is primarily known for designing cooperative adventure games that are strong in theme. His design credits include: Arkham Horror 1st & 2nd Editions, Defenders of the Realm, Elder Sign, Dragon Rampage, Defenders of Last Stand, Ace Detective, Legends of the American Frontier, Run, Fight or Die, Pirates VS Dinosaurs, Draco Magi, Thunder Alley Crew Chiefs Expansion, Alien Uprising, and Cthulhu’s Vault, Madness at Midnight, and has done design work in Sentinels of the Multiverse and Bottom of the 9th. Richard has a number of games schedule to be published in 2017 - 2018 including; Fate of the Elder Gods by Greater Than Games, Saving Time by 8th Summit, Dragon Rampage 2nd Edition by Arcane Wonders, Shark Island by Ultra Pro, Delve by Indie Boards & Cards, Planet of the Apes by IDW and Thunder Road Race Day Expansion by Nothing Now Games.

For those of you that like baseball trivia, Richard designed the uniform the Chicago White Sox wore from 1982 – 1986 and is now worn as their Sunday special uniform.

Richard and his wife Carolyn reside in Simpsonville, SC. They have three children and 4 grandchildren, with 1 more grandchild on the way. 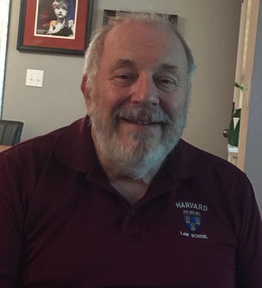 I had my first game, Wyvern, published in 1994. That was a trading card game that got me the opportunity to work free lance with Wizard of the Coast where I designed Nitro and X-Men trading card games for them. I branched into regular card games in 1996 with Mystery Rummy 1 Jack the Ripper. That series is still on sale world wide. In 2013 I became a full time game designer and since then I have designed Baseball HIghlights 2045 and Diamonds. I am very excited to see my next design, Dragon Island, coming out at this years Gen Con with RnR Games.

We're pleased that D&D Adventurers' League is joining us once again! They have some great content, yet again, for this year's convention

Virgillio SanAndres is coming again this year and will be bringing his larger-than-life games with him! There will be some scheduled Padracing games and the rest of the time he will be doing open gaming with his games. So go up and ask to play your favorite!

We are very excited to confirm that the Pathfinder Society will be joining us this year!