This will be a de-escalation event. All forces must consist of a maximum of ONE Reinforced Platoon and no more than 14 order dice. Tank Platoons with a maximum armor of 7 will be allowed. NO Special Characters, No Planes from the PDF supplement.

The platoons in the force must be selected using the army list section of the main rule book, one of the Armies of xxxx books, or an Approved Generic list of a minor country that does not have an Armies of xxxx book. All lists must be a generic platoon, No theater list.

Armies of Armies of Germany, V2

Armies of the Soviet Union

Armies of France and the Allies

Armies of Italy and the Axis

Victory is calculated as described in the Scenarios being played and Tournament points are awarded for victories, defeats and draws as shown below:

From the second round, players will be paired using a Swiss system (i.e. matching players on the same number of TPs, in descending order).

The winner is determined at the end of the last round, according to the following criteria:

•The player with the most TP will be the winner.

• In case of same TP at the top, the winner will be the player with the highest Casualty points total.

• Sportsmanship, Painting, and theme will also factor into a separate overall score.

For any questions email Jay Casper at raidersfan26@hotmail.com 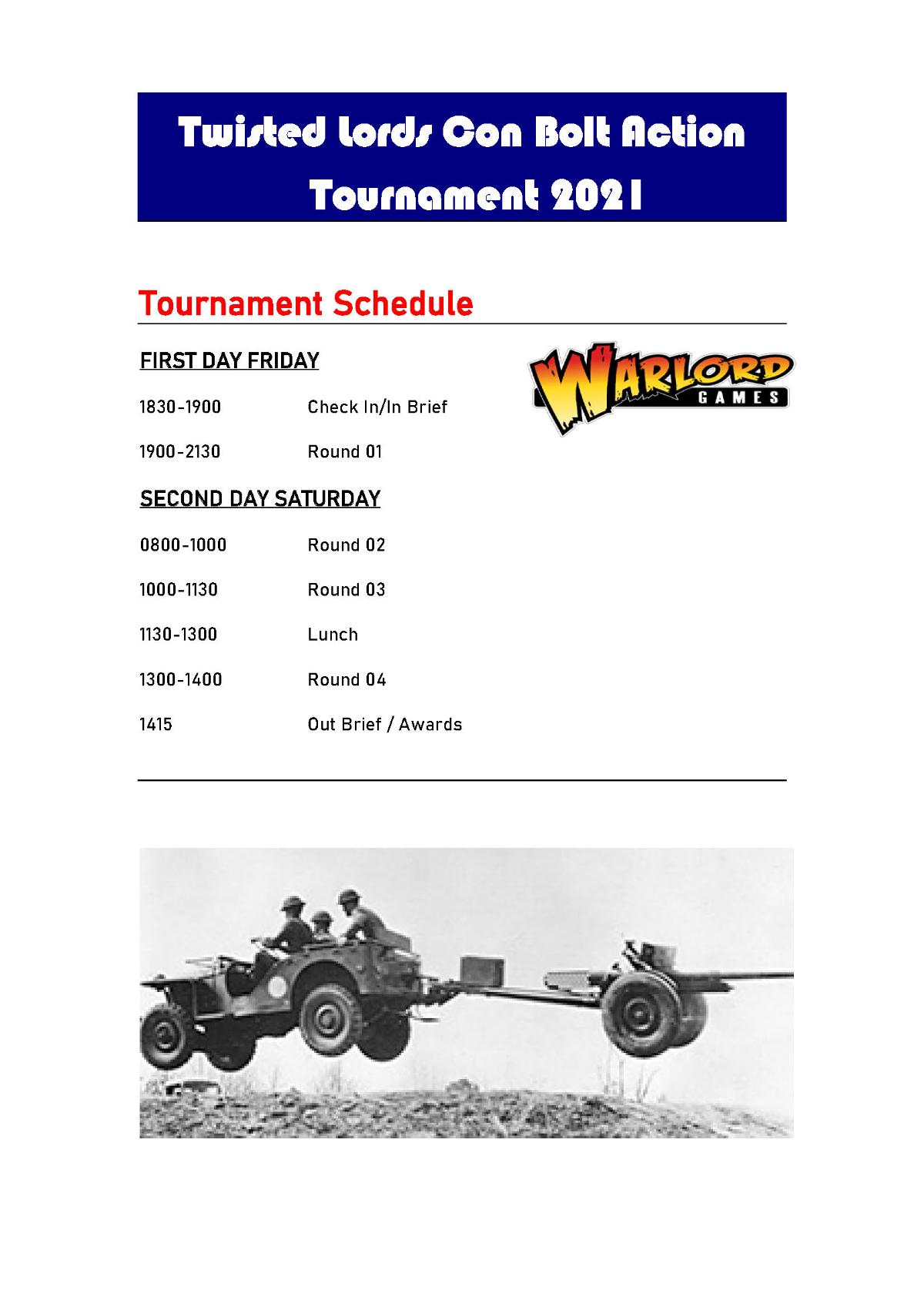 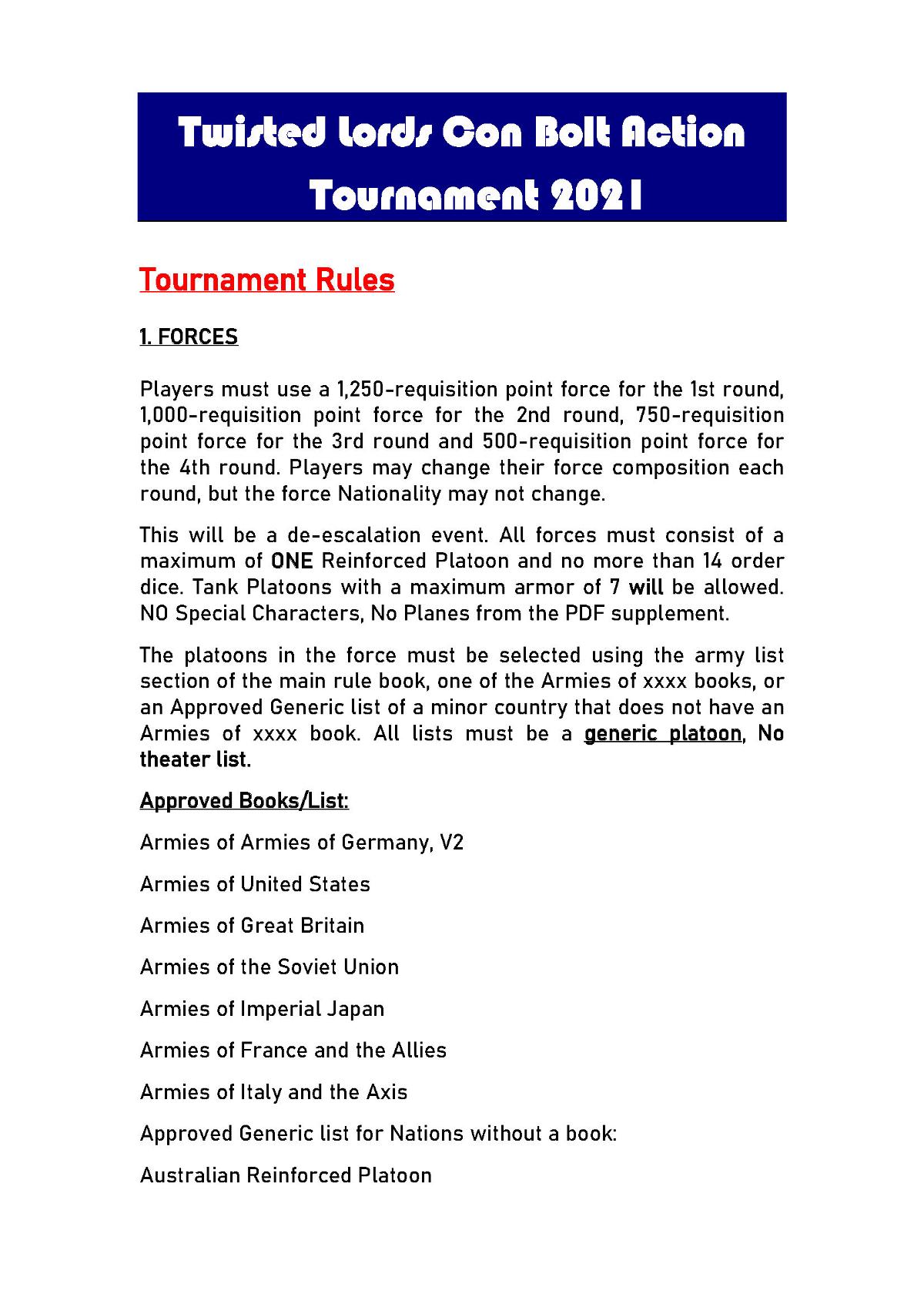 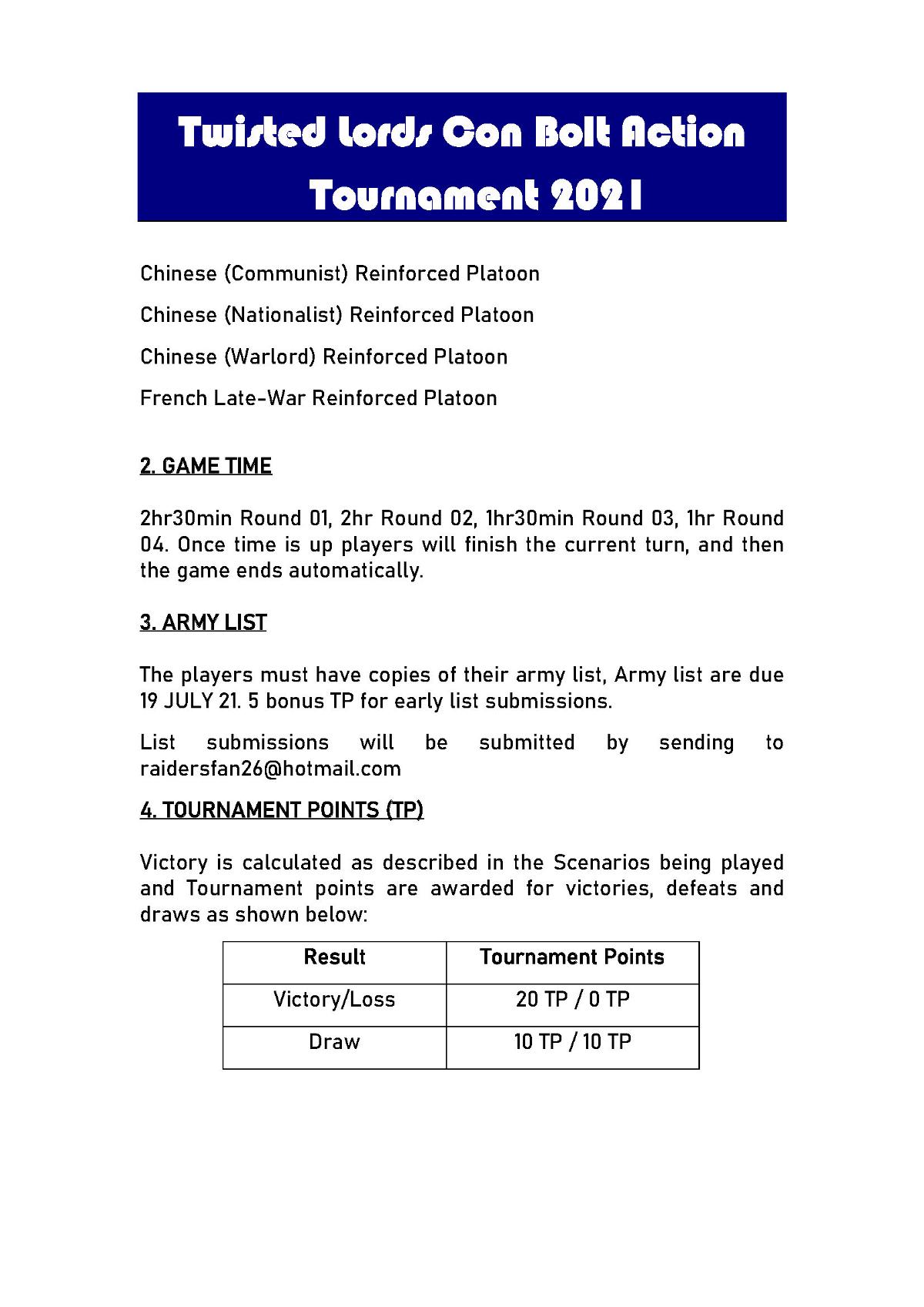 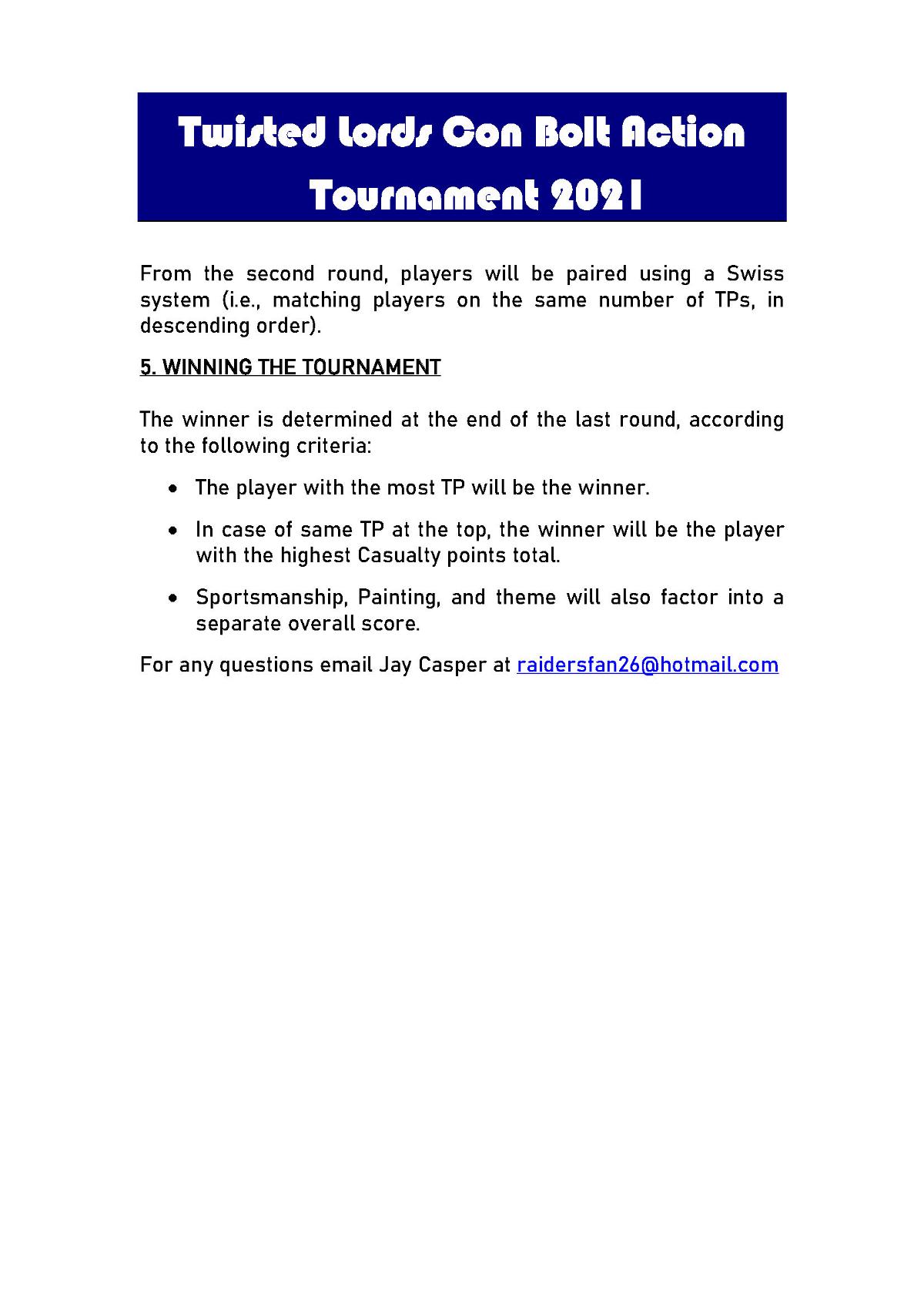