Crafter Con is The Game Crafter's very own game design convention. Its focus is on education to make you a better game designer. It features a track of seminars and workshops with industry experts. As well as a play testing room where you can work out some kinks with other designers 1 on 1.

During the main schedule, there will also be a separate room open and set up for play testing. So if you are not interested in one of the seminars or workshops you always have something to do. This room will remain open until midnight.

This is the list of sessions available at Crafter Con 2021.

I Get My Own Card?! Innovative Strategies to Market Your Game

Are you aiming to build your fanbase but not finding those rabid fans? Are you on a small budget but want to show your crowd some big-company love? Come to this session to learn some guerrilla marketing strategies that will set you apart from every other board and card game campaign out there. All of the strategies shared will be presented in low-cost or mid-cost methods to help differentiate for your current budget situation!

Jon Spike is a former high school English teacher turned Instructional Technology Coordinator and instructor at the University of Wisconsin-Whitewater. He has designed many unique games for education and is releasing his first commercial game, Gamestormers, this year. He teaches a course called Video Games and Learning for future game designers and teachers, and hosts a livestream called Gamestorming, where he talks about game design strategies for all different walks of life.

Table For One: Building a Competitive "Paper-Based" AI

Explore the process of designing and developing a challenging "paper-based" AI opponent for your multi-player game. The goal is to provide players a challenging opponent in their solo game experience. The presentation will discuss user interface in "paper-based" AI, identify commonalities in well-regarded AI examples from the board game industry, and offer a "how to" template for designing your own AI using the solo AI sheets in "Breakaway Football" (available on the Game Crafter website) as a test case.

Arthur Franz IV has over 22 years in Learning & Development professionally and is currently the U.S. Manufacturing Training Manager for Intralox, LLC in Harahan, Louisiana. Mr. Franz is also an avid game designer, with nearly a dozen Breakaway Football products on sale through the Game Crafter website. Breakaway Football includes a highly regarded solo mode and was just named to the Best Board Games of 2021 by Board Game Quest. Breakaway Football, published in 2017, is a card-based strategy game where players are the Head Coach of an iconic American professional football team. There are currently 30 historic franchises available with 8 more in production for release in 2022.

Economic and Action Engines in board game design

One of the main problems in board game design is to build balanced economic engines that will incorporate positive and feedback loops, understanding the fact that most games are optimization engines. But this becomes even more complex when you have Action engines, where game actions are dependent on things like deck building or action tokens. This presentation will show a framework for designing this complex systems while keeping the need of playtesting to the minimum (of course, never zero).

Javier Velásquez is a gamification and board game designer and theorist, with 10 years in the industry. While many of my games are tailored made for educational and business institutions, so they are not widely known, I designed Xanadú which had international recognition. I have designed over 15 board games and over 100 gamification platforms, and have two awards from Gamicon, where I have also been an international speaker. The last 5 years I have been working on creating game design frameworks based on psychological, behavioral and systemic theories, and I have been a gamification teacher in 5 big Universities in Colombia, including Universidad de los Andes, the most prestigious in the country.

Crowdfunding is bad for you: How to get your game published without it

The past decade has seen an explosion of crowdfunding campaign for board games, especially through the Kickstarter platform. The crowdfunding ecosystem has changed dramatically over that period and is now inhospitable for indie creators. In this presentation I will discuss the short- and long-term risks associated with crowdfunding and what are some alternatives for getting your game published.

Elli Amir, Ph.D (he/they) is the designer of Worldbreakers: Advent of the Khanate, a customizable two-player card game set in alternative 13th century history which has been funded through a successful Kickstarter campaign. They have been a playtester for Android: Netrunner, Star Wars: Destiny, and numerous other board and card games.

From Protospiel to Kickstarter Success: The Story of Distilled

This presentation is for people at any point in the self-publishing journey. Dave will walk attendees through the evolution of Distilled, from an insomnia-inspired idea in Scotland, to a Wisconsinite's first protospiel (MN), to an international Kickstarter campaign. Topics will cover timelines, budgets, shoulda/woulda/coulda's, small business tips, and how both Component Studio and The Game Crafter were a key part of the process.

Dave Beck is the founder/owner of Paverson Games, an indie game development studio in Wisconsin. Beck is also the creator of Distilled, which raised over $500K on Kickstarter in 2021. When Dave is not making or playing games, he is a Professor of Game Design and the Director of the University of Wisconsin-Stout School of Art & Design, home of Wisconsin's top-ranked game design program.

How to successfully find, hire, and work with freelancers. From illustrators to rules review, indie game designers often need to find outside help. We’ll cover shortcuts, pitfalls, and top resources.

Nicole Fende, A.S.A. is the designer of the game Body Be Gone, founder of Tesseray Games, and has successfully coached small businesses for over a decade as The Numbers Whisperer®.

How to use board games to spread a country’s culture

Within 4 years, we were able to use TGC to publish 4 games about Geography, History, Language, and Festival of Vietnam

Vietanh Nguyen is a Principal Design Engineer at Uber, father of two toddlers in San Francisco

Fan Made Games - Copyrights, Trademarks and Fair Use

Mike Wokasch is an intellectual property attorney as well as a published board game designer.

Seth Van Orden is a software designer, but he's also design and published 4 games with more on the way. He's one of the co-owners of Nauvoo Games.

The Crafter Con Seminars will be held in room KO. If you come in the main entrance you can get there by taking an immediate right on the 4th floor. It will be open from 8am until 10pm. 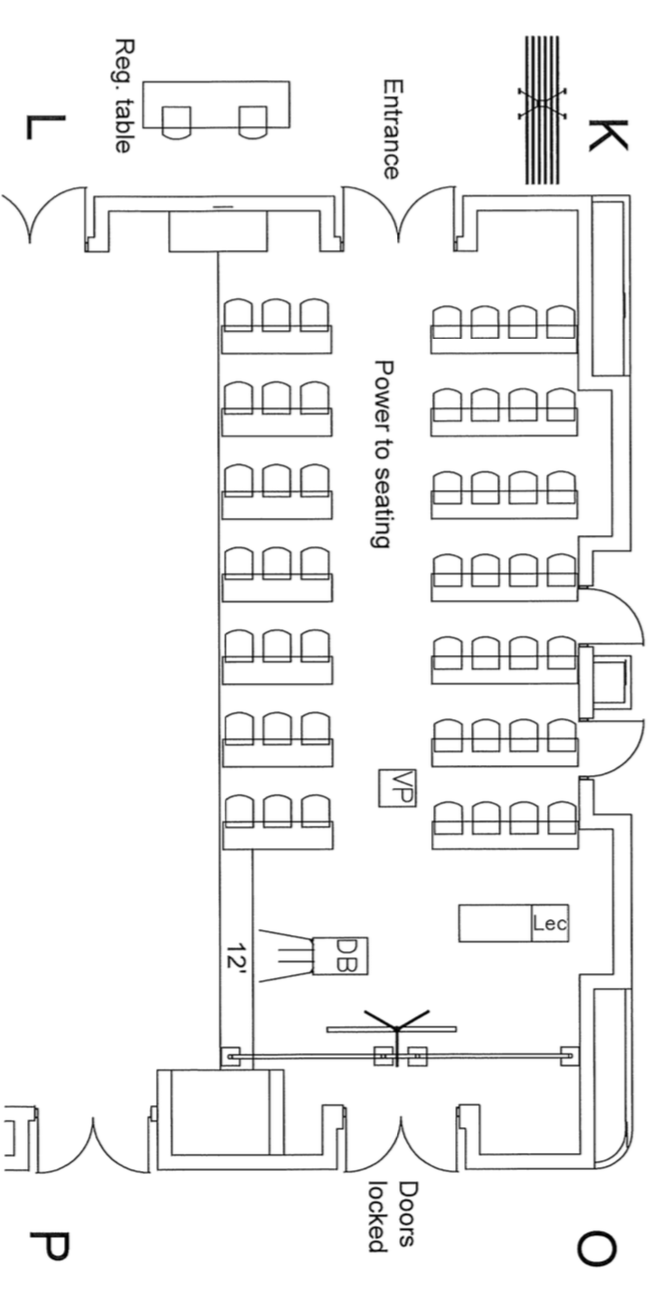 The Crafter Con Play Test Room can be found on the second floor in the Hall of Fame Room. It will be open from 8am until Midnight. 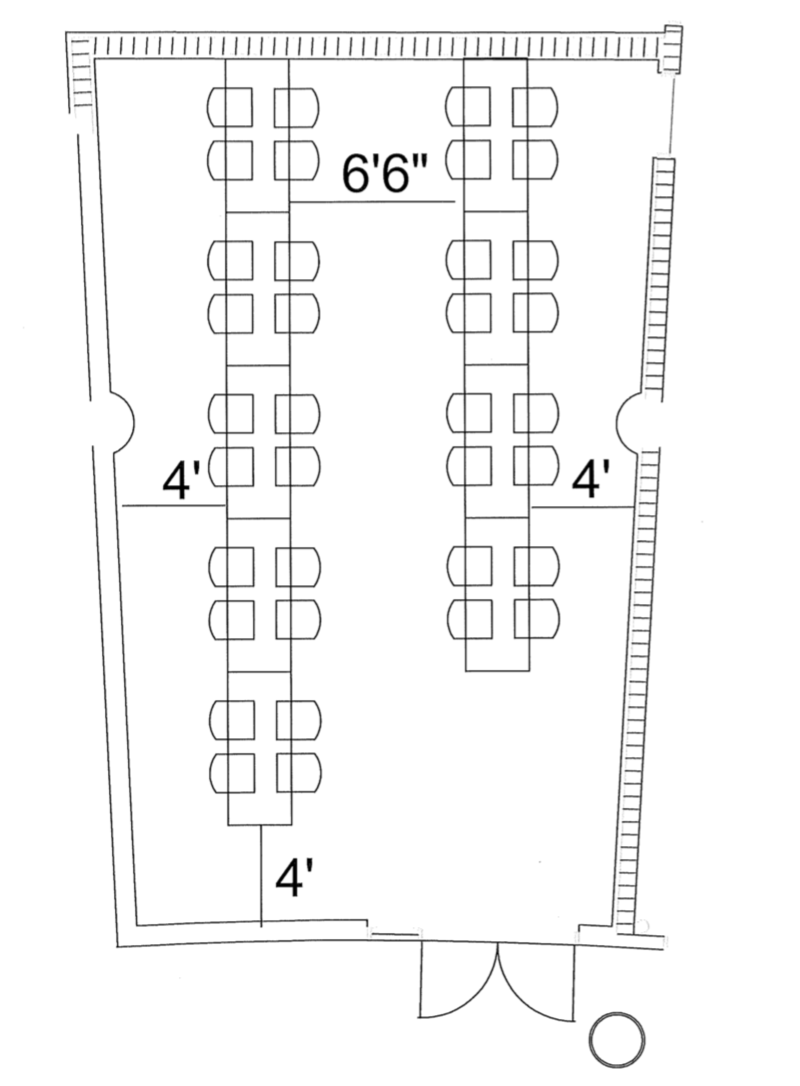