Book your room with this Link: https://www.hilton.com/en/book/reservation/deeplink/?ctyhocn=LION-HF&groupCode=DICECI&arrivaldate=2022-10-14&departuredate=2022-10-16&cid=OM,WW,HILTONLINK,EN,DirectLink&fromId=HILTONLINKDIRECT

Or let the hotel know that you would like to be in the "Dice Fest 2022" Room Block. 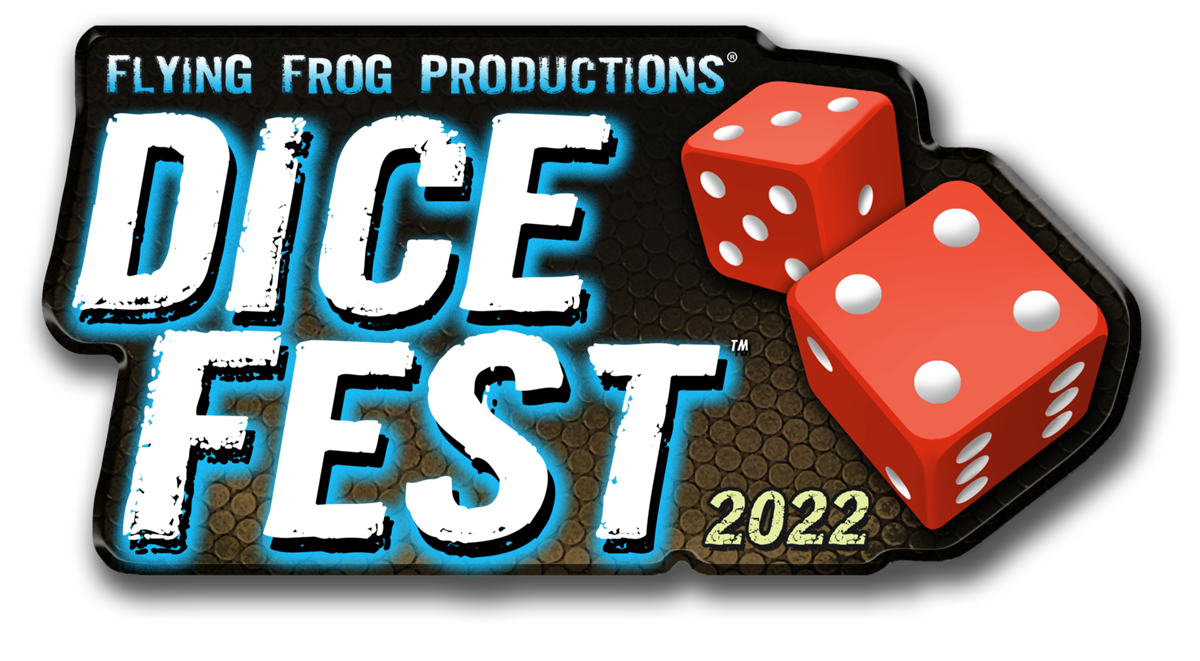 For over a decade, Flying Frog has had booths at amazing conventions like Gen Con, PAX, Origins, and more. But, we were just a small part of the big picture. DiceFest is our own show, that allows us to unleash all sorts of thematic games, events, contests, and more - all focused on our games! DiceFest is for veteran fans of Flying Frog games and newcomers alike.

"DiceFest takes the games to the next level!" 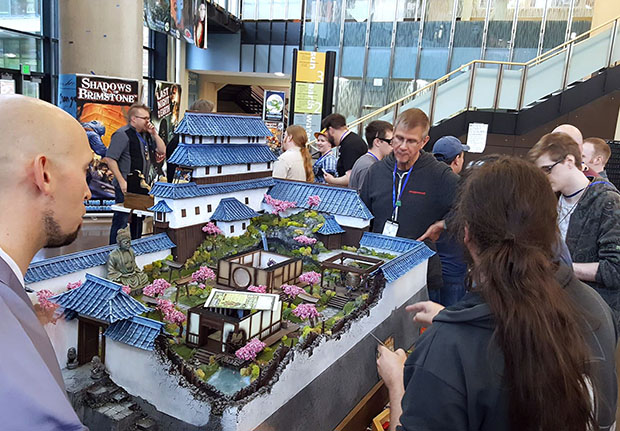 Here are examples of events to engage with at DiceFest: 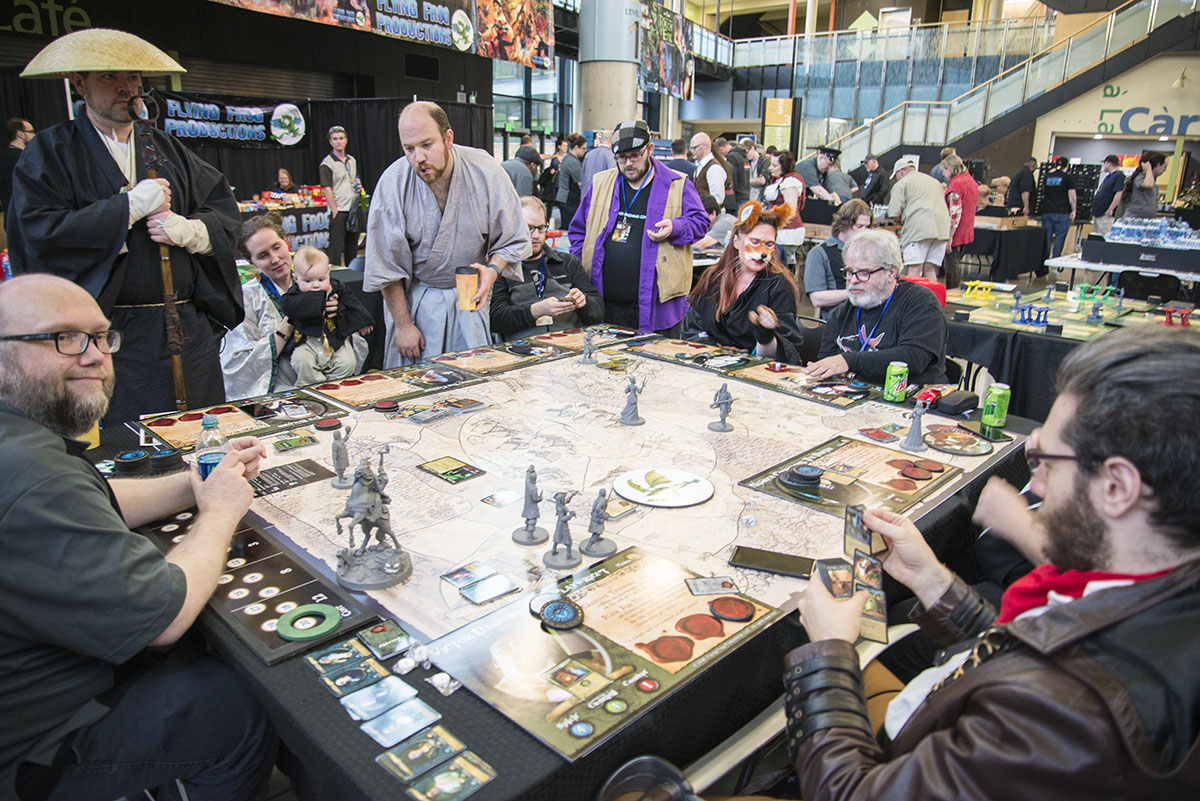 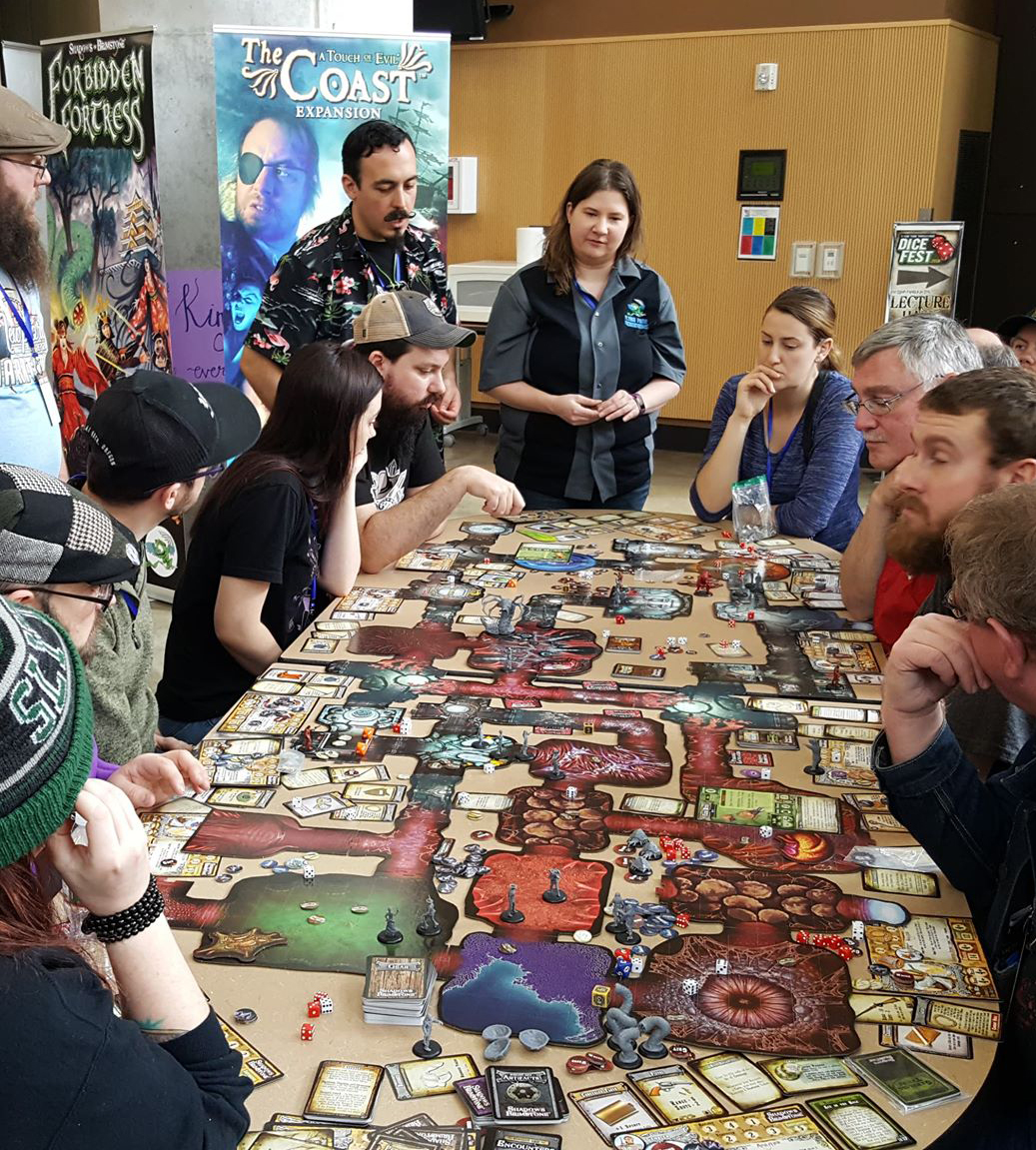 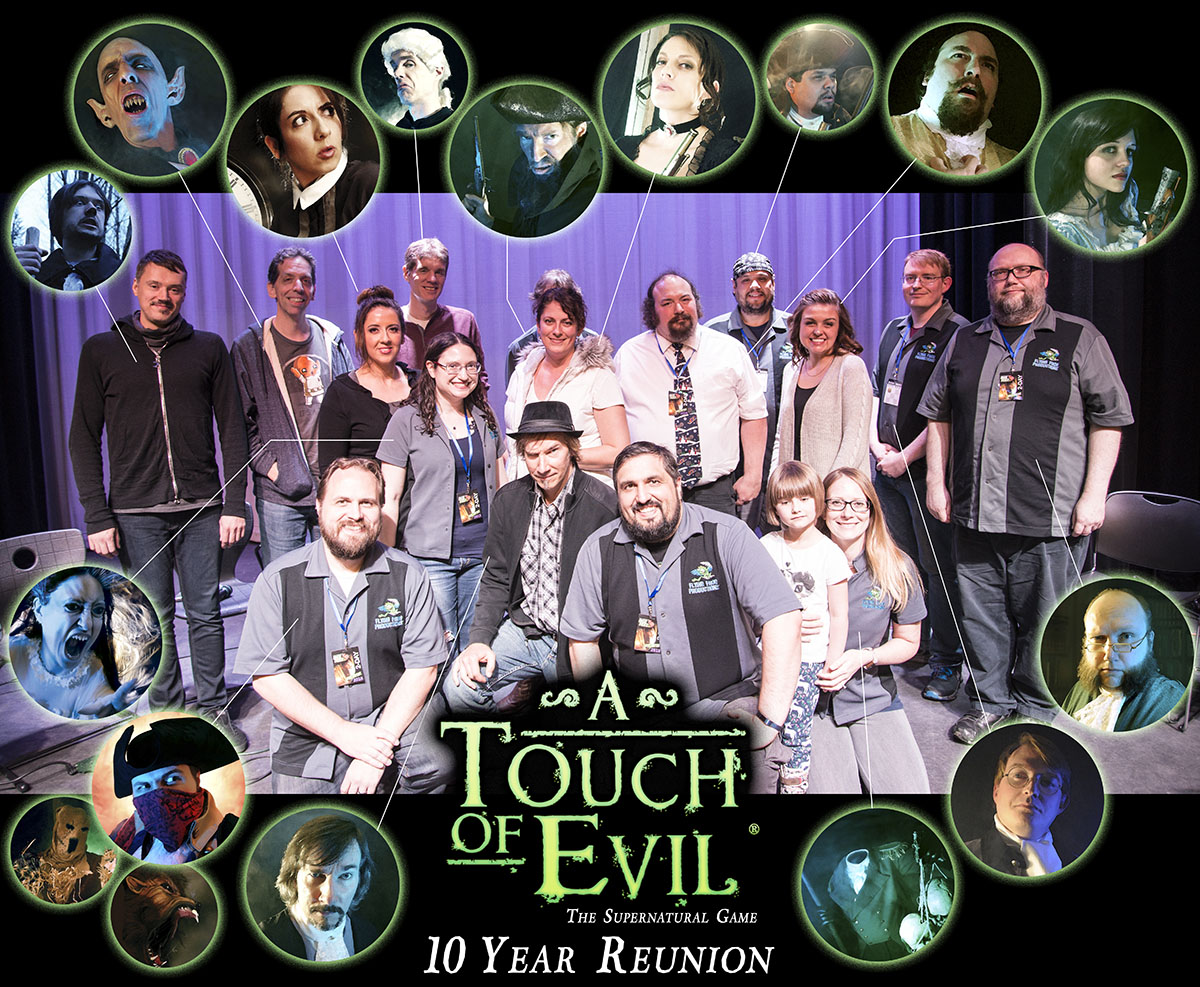 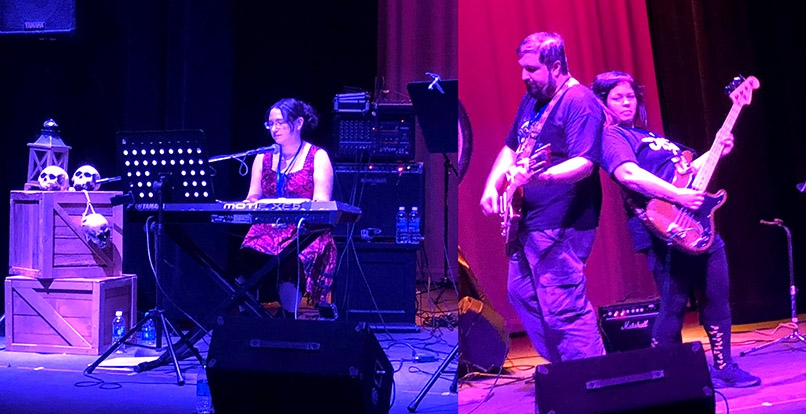 "That part is really interactive because we'll pull fans and other Flying Frog folks up on stage for a song!" 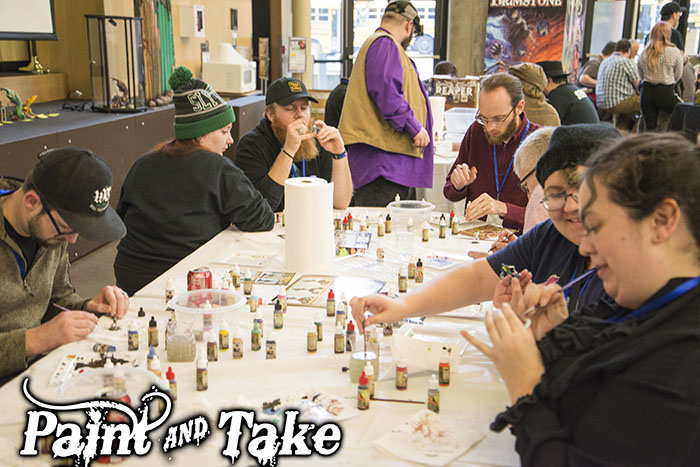 We put together the first DiceFest in 2017 and serious fans traveled from far and wide to take part - it became a bit of a party! People who had seen each others' posts in forums for years were suddenly face-to-face and at times, it was like a reunion. 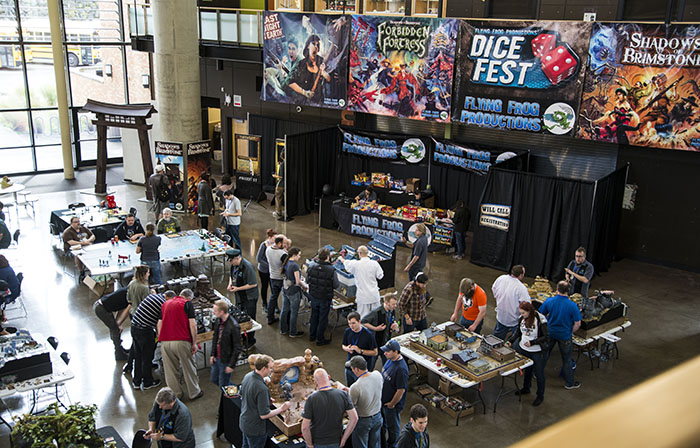 Each 3-Day Early Bird Badge or 3-Day Adult Badge purchase includes the DiceFest Goody Box, filled with Promos and the DiceFest exclusive game miniature, made specifically for DiceFest! This year's exclusive miniature is the Veteran Bandido! 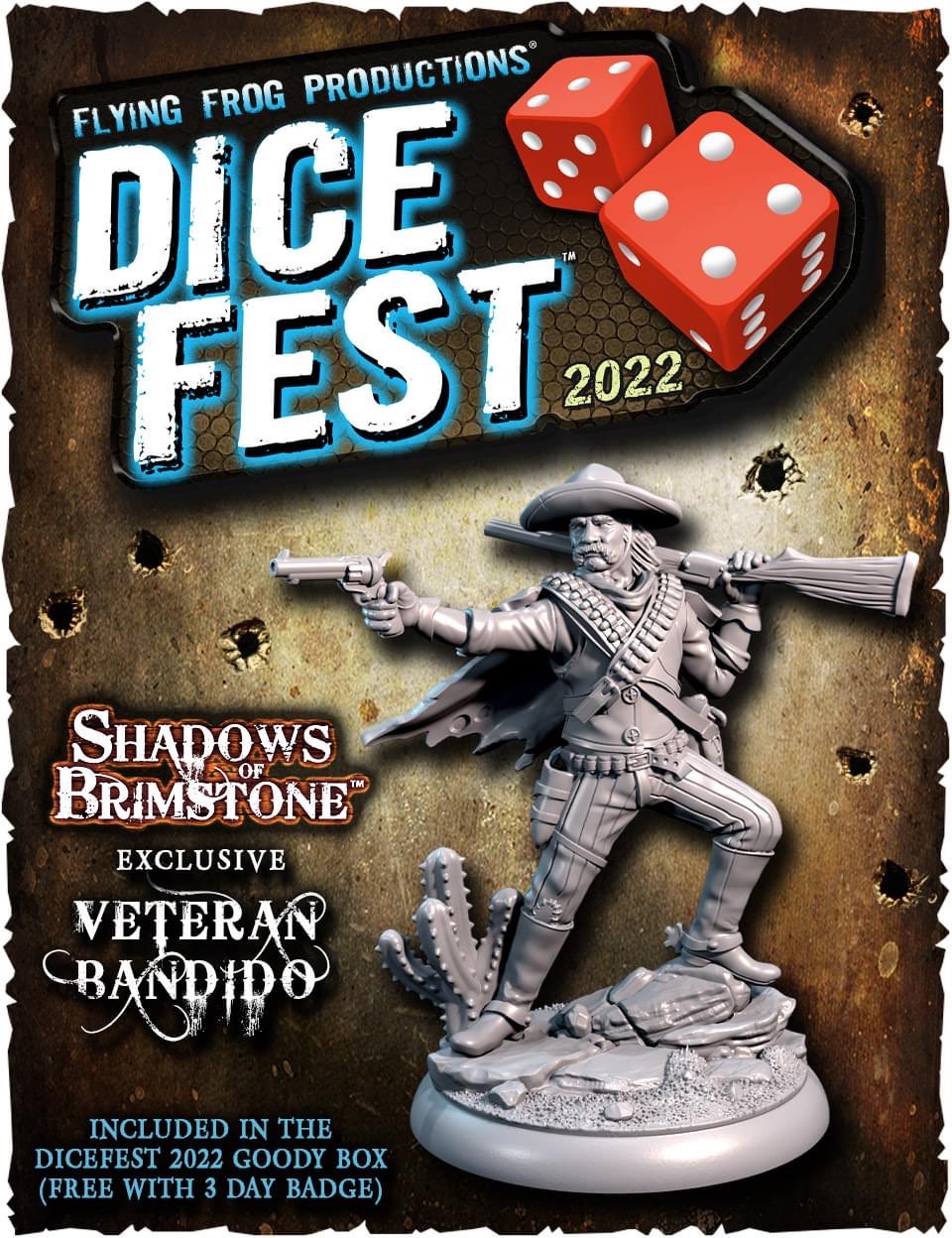 Goody Box is NOT included in single-day badges, Kids badges, or other promotional rates. It is only included in 3-Day Adult Badges and 3-Day Early Bird Badges.