The D.C. Everest Gaming Club began in the 1989-1990 school year under the leadership of Christian Ammon, at the time a young Jr. High German teacher (23 years old). Five students and Mr. Ammon periodically met to play simple board games and role-playing games throughout the school year. In 1996, the D.C. Everest School District officially acknowledged the Gaming Club as an official club within the district.

With the addition of new student leaders, the Gaming Club continued to flourish with many outgoing students continuing to have an impact on the club. Matthew Kehl, a former Club member and Evercon Director, was one such member who remained active and became a strong role model for club members well beyond graduating from high school. The Club was saddened by the passing of Matthew in October of 2011, but continues to remember and honor him for the amazing work he has done. A memorial scholarship has been established in his name.

The Gaming Club has become a positive force in the community in their dedication to helping organizations that hold the same ideals and values as the Gaming Club: Helping others, diversity, and education. The Club has given out over $23,150 to the community.

The past few years Evercon has grown substantially with the help of people like Kris Peterson acting in a co-director role, and student alumni,such as Jonathan Elmergreen, who continue to be involved in the game club and volunteer at the convention. After the 2016 Evercon, it was clear that the convention had outgrown it’s current home and needed to expand to meet the growing needs of it’s attendees.

Evercon, LLC was founded in April, 2016 and while the convention’s leadership has changed and is no longer managed and run by the D.C. Everest Gaming Club, the spirit of the convention remains true to its origins. 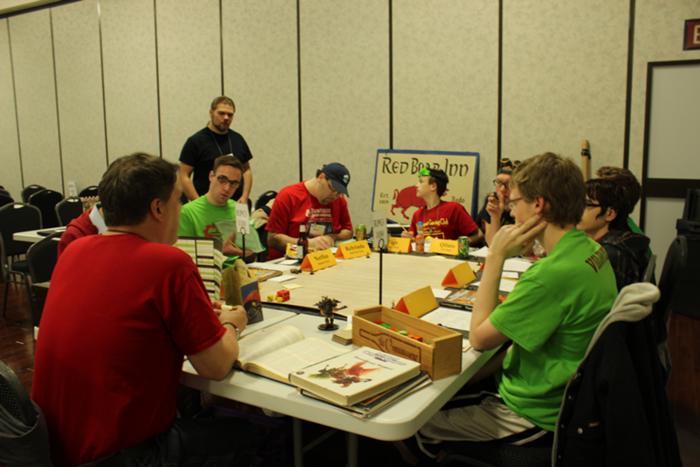